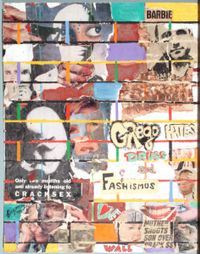 The upcoming exhibition "Post No Bills: Burhan Doğançay’s Archive of Urban Protest" highlights this important Turkish modernist’s exploration of three decades of the American social zeitgeist in works based on the abstract collages of torn posters, chipped paint, and graffiti he found on city walls. Doğançay documented and harnessed the political content of walls in more than 100 cities around the world, an effort that was progressively recognized throughout his life. His works are in museum collections around the world and have been the focus of major exhibitions at the Pompidou Center, Paris (1982), the State Russian Museum, St. Petersburg (1992), and the Istanbul Modern (2012). Though many of his artworks are located in American university museums, few exhibitions have explored the shifting trajectories of 20th-century American political discourse expressed in them.