1st Friday Focus On The Environment: The Lead And Copper Rule

The State of Michigan is in the process of revising its Lead and Copper rule.  The decisions made could impact whether we see another situation like the Flint Water Crisis occur in Michigan.  What should, and could, happen as the public comment period winds down, is the topic of conversation on this month's edition of WEMU's 1st Friday Focus on the Environment.

Lisa Wozniak serves alongside David Fair as co-host of 89.1 WEMU's 1st Friday Focus on the Environment. On the 1st Friday of each month, Lisa joins David and they welcome expert guests to discuss the vital environmental topics of the day.

RESOURCES:  (as provided by the Michigan League of Conservation Voters)

If you have any questions about this toolkit, contact:

WHAT IS THE LEAD AND COPPER RULE? AND WHY? A BRIEF SUMMARY

The drinking water crisis in Flint, MI began in 2014 and continues to be a public emergency while the city replaces lead pipes and upgrade its water system.  Despite this massive wake-up call, state decision-makers have not implemented serious measures to prevent it from happening again.  However, there is a huge opportunity right now to make your voice heard about the importance of safe drinking water.

The State of Michigan is currently considering new rules and requirements to improve aspects of our drinking water standards -- your input could help make Michigan be a national leader when it comes to providing clean water.

In addition to comments submitted by email (ways to submit your comment are described in this toolkit), the DEQ and Drinking Water and Municipal Assistance Division (DWMAD) will hold a public hearing on March 1st (see below for details) to receive public comments on these proposed changes.

We need to speak up now and tell our state leaders to get lead service pipes out of the ground as soon as possible. This will require them to find all of the lead pipes and to move quickly to remove them the right way and protect residents during the replacement and for a period of time afterward.  We also need to ensure the costs of pipe replacement are affordable -- especially for low-income households.

LINK TO THE DRAFT LEAD AND COPPER RULE

●       Public Comments may be submitted (by COB on March 7th ) electronically to: DEQ-LCR-Comments@michigan.gov

●       The Michigan League of Conservation Voters’ Grand Rapids office is hosting a public comment training on 2/19 between 4-6pm. [Note: MLCV regional coordinators are also available for personalized comment training by phone or in-person]

●       Safe drinking water is not a “nice to have” luxury, it is a basic necessity; it is absolutely essential that all Michiganders have access to clean, safe, affordable and accessible water.

●        Flint made headlines in 2014 and our state leaders have done virtually nothing to prevent this from happening in other communities.  If done correctly, the Lead and Copper Rule proposal could be an important step forward. As currently written, the rule could result in more lead in drinking water, in part because it allows for partial lead pipe replacement.

●       Our state’s drinking water systems and drinking water sources are in desperate need of attention.  We are starting with eliminating the dangers posed by the lead pipes that deliver drinking water to nearly half a million Michigan homes.

●       There is no “safe” level of lead in drinking water -- even at the smallest detectable levels, lead exposure is connected to long-term reductions in mental capacity, behavior and achievement particularly among children under age 5.  The American Academy of Pediatrics has called for stricter regulations, including taking action when lead is found in water in concentrations of more than 1 part per billion.

●       This is not just a Flint problem; dozens of municipal water systems would fail to meet the governor’s new standard for Lead and Copper if it were in place today--including those in Detroit, Monroe, Bay City, Benton Harbor, and Holland Township. The City of Detroit alone has at least 125,000 lead service lines in the ground.

●        This issue needs to be addressed in a way that mitigates the risk to public health with a plan to ensure low-income households can afford their  tap water.

●       If we continue to ignore these problems, Michiganders will continue to face the scary reality of “drinking” water in their homes that is not actually safe to drink. This is a big opportunity to strengthen Michigan’s drinking water standard and make sure we can trust what comes out of our tap and not rely on filtration and bottled water.

WAYS TO GET INVOLVED

4.      Write a letter to the editor and send to your local paper (sample LTEs and potential hooks are included further in this document)

We need to speak up and urge our state leaders to focus on replacing lead service lines the right way to keep lead out of our drinking water, figure out where all the lead service lines are and where action is most urgently needed, move as quickly as possible and be certain to keep families safe during the replacement period, and ensure the costs of pipe replacement are affordable -- especially for low-income households.

Our state’s drinking water systems & waterways are in desperate need of attention, starting with the dangers posed by lead service lines delivering drinking water to nearly half a million #Michigan homes. #MichiganWaterCrisis

We need to speak up and urge our state leaders to focus on replacing lead service lines the right way to keep lead out of #Michigan’s drinking water: http://bit.ly/2Hncs7K #MichiganWaterCrisis

Even after Flint, lead-free water lines may be a pipe dream in Michigan Bridge Magazine -- Jan. 31, 2018 http://www.bridgemi.com/michigan-environment-watch/even-after-flint-lead-free-water-lines-may-be-pipe-dream-michigan

Will Michigan Lead on Getting Lead Out of Drinking Water? NRDC Expert Blog – Jan. 29, 2018 https://www.nrdc.org/experts/cyndi-roper/will-michigan-lead-getting-lead-out-drinking-water

Below is a summary of the environmental community’s technical recommendations to the State of Michigan. The Lead and Copper Rule should be paired with an “all-hands-on-deck” investment in clean and safe drinking water infrastructure as well as an approach to ensure access to affordable drinking water and provide relief to the most vulnerable populations.

1.      Replace lead service lines the right way to keep lead out of our drinking water.

○       Partial lead service line replacements are expensive, increase the amount of lead in drinking water, and do not actually address the problem because it can cause lead to be released into the water system from the construction activity. These partial replacements are happening every day across Michigan and most residents are not even told it is happening at their home. Lead service lines must be completely removed.

○       The rules must specify that only copper lines should be used to replace lead service lines. The proposed rule does prohibit the use of coating and liners in meeting lead service line requirements -- the State should maintain this provision. Galvanized steel service lines also trap lead in them which can then be re-released into the drinking water system -- we need to focus replacing these lines as well.

2.      Figure out where all the lead service lines are and where action is most urgently needed.

○       The current rule requires the development of an accurate lead service line inventory—so that water systems and the state can know for certain where these lines are, can notify residents affected, and appropriately prioritize lead service line replacement.

○       High-risk sites should be prioritized for getting an accurate inventory of lead service lines, water, sampling and testing, and scheduling replacement efforts.

3.      Move as quickly as possible and be certain to keep families safe during the replacement period.

○       Given what is known about the dangers of lead in drinking water, the trigger for the new Lead Action Level should be January 1, 2021 rather than January 1, 2024.

○       Public education efforts should include both information about the availability of filters certified to remove lead and the critical importance of proper filter maintenance.

○       Public education should clarify that “lead-free” plumbing isn’t lead free, and it is critical to ensure plumbing you use in your home is marked “lead free” and intended for potable water use.

— David Fair is the WEMU News Director and host of Morning Edition on WEMU.  You can contact David at 734.487.3363, on twitter @DavidFairWEMU, or email him at dfair@emich.edu. 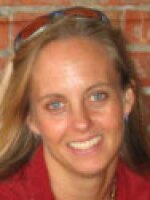