The contract between Eastern Michigan University and many of its faculty expires in less than three weeks. The EMU American Association of University Professors are calling attention to their demands.

A few dozen supporters of the EMU-AAUP gathered outside of Strong Hall. Their goal: to make their voices heard by the school administration, who were inside negotiating a new contract.

The AAUP says the primary concerns are compensation, limited summer course offerings for students, and the union playing a role in EMU’s academic mission.

Judy Kullberg, a member of the AAUP, says a two-month delay has both sides up against the clock with the contract expiring on August 31st.

“Which has really put us far behind, so we’re now down to less than three weeks before the end of the semester, and there’s no agreement and no progress really has been made toward one.”

The EMU administration said in a statement: “We greatly value our instructional colleagues and look forward to continued dialogue in the weeks ahead.” 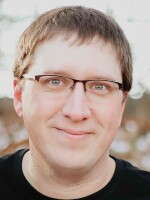