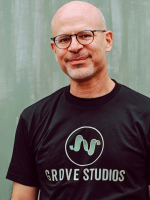 John Bommarito
John Bommarito’s adventure in the music industry began in 1985 as the first ever paid employee of an independent record store in East Detroit (now Eastpointe), MI called Record Time. After nearly 10 years serving as the store’s manager and head buyer, John moved to Miami to be the head buyer for a supplier of import CDs that sold to stores across the USA. An opportunity arose to run a company doing the same thing, but specializing only in CDs manufactured in Canada. John did that for five years until the bottom fell out on the independent record stores (in many ways due to Napster changing how music buyers no longer valued owning the music legally).
See stories by John Bommarito