1st Friday Focus on the Environment: Incoming Speaker of the House lays out Michigan's environmental agenda

Tate decided to run for this office as a part of his deep and lifelong commitment to public service. The value of service was taught to him through his parents – a teacher in the Detroit public school system, and a Detroit firefighter. His life has been shaped by teamwork, commitment, and community.

As a teenager, Tate earned a scholarship to play football at Michigan State University before joining the National Football League. After the N.F.L., he went on to serve in the United States Marine Corps, deploying twice to Afghanistan during Operation Enduring Freedom.

After an honorable discharge from the Marine Corps, he earned both an M.B.A. and a Master of Science in Environmental Policy and Planning from the University of Michigan. Before joining the Legislature, Tate helped small businesses grow their capacity as a program manager for the Detroit Economic Growth Corporation.

Lisa’s career spans over two decades of environmental and conservation advocacy in the political arena. She is a nationally- recognized expert in non-profit growth and management and a leader in Great Lakes protections. Lisa is a three-time graduate from the University of Michigan, with a bachelor's degree and two ensuing master's degrees in social work and Education.

David Fair: This is 89 one WEMU. I'm David Fair, and welcome to the December edition of WEMU's First Friday Focus on the Environment. When the state Legislature reconvenes in January, Democrats will be in control of both chambers for the first time in 40 years. Democrats have a laundry list of priorities in the new legislative session. We're going to take an initial look at what environmental priorities are on that list today. And here to help guide that conversation is my co-host, Lisa Wozniak. Lisa is the executive director of the Michigan League of Conservation Voters. And welcome to the first Friday of the year, Lisa, or the last Friday of the year.

Lisa Wozniak: Always good to be here, Dave. And, as we round out 2022, it's a perfect time to assess where we are and look forward to 2023. And here to help us do that is the incoming speaker of the Michigan House of Representatives. Joe Tate is a Detroit Democrat. He was selected by his fellow party members to lead the House over the next two years. And as we speak, Representative Tate continues to serve as the Democratic vice chair of the House Appropriations Committee. Thank you so much, Representative Tate, for making time for us today.

David Fair: Representative Tate, there was so much talk about the potential of a red wave leading up to the midterm elections, and it simply didn't happen. Given the will of voters, do you now see an opportunity heading into January for greater compromise and bipartisanship with what will be a minority GOP in Lansing?

Rep. Joe Tate: Yes. And I think what we've seen with the voters expressing their power at the ballot box was that the Democratic message, what we've been talking about, resonated when we talk about environmental protections, pocketbook issues, investments in our infrastructure and education. And I think, you know, in my legislative career, bipartisanship has been a priority of mine. I think that's something that we will continue to do, but not losing sight, that what is paramount is going to be something that we will be working on to find solutions around.

Lisa Wozniak: As you prepare to take leadership of the House, Representative Tate, and with Democrats also in the majority in the Senate alongside our reelected Democratic governor, what will be the process for setting forth an overall agenda in the next legislative session? I'm particularly interested, as you can imagine, in the environmental agenda.

Rep. Joe Tate: You know, as we've been talking about this in the House, we have not had the majority in a dozen years. So, there's certainly, for us, no surprises in terms of where we want to go. And we saw a bit of that with the governor's leadership and Democrats' leadership in this legislative session in terms of contaminated site cleanup, weatherization, also finding other ways to ensure that our water infrastructure is upgraded, so all Michigan residents have access to clean and safe drinking water. So, I think you'll certainly see an expansion of that. As I mentioned before, the governor has obviously been leading with MI Healthy Climate Plan. So, in terms of environmental policies, I think growing that out and building upon that is something that you will see us do in the next legislative session.

David Fair: WEMU's First Friday Focus on the Environment continues with the incoming speaker of the Michigan House of Representatives, Joe Tate, and my co-host for our monthly environmental conversation, Lisa Wozniak.

Lisa Wozniak: So, let's stay with MI Healthy Climate Plan for a moment here, which calls for the closure of all coal plants by 2030 and transitioning Michigan to carbon neutrality by 2050. The governor can use her executive authority, which she has done to do a lot. But, in partnership with the Legislature, there is an opportunity to really fully implement this plan. Can you give us a little sense of, like, how and what you see important legislatively as it pertains to the climate plan and how that fits into your agenda?

Rep. Joe Tate: Absolutely. What we've been doing, not only legislatively, but in the appropriations, specifically the appropriations process, I think that's going to be significant. You know, a budget is a reflection of our values. We know that. So, where are we investing in? Are we investing in the upgrades that we need to have not only for contaminated site clean-up, but we also talk about reducing carbon emissions. You know, what are those things that we can start and begin to do? And I think there are a lot of opportunities for us to be able to move in that direction and partnering with the governor. And, for me specifically, we look at environmental justice and look at energy poverty. You know, that's something that, you know, we see in my district making sure that there are opportunities to have healthy communities across the state of Michigan. But we know that there is a disparity. When you look at, you know, how much it costs if you are a working-class family for energy upgrades or weatherization. And those are things that can be addressed as well legislatively and something that, you know, we need to continue to have a priority. And the governor has laid that out in her plan. And we want to make sure that we're partnering to get that done.

David Fair: Well, to go further down that line, over the past two years, the Biden administration has seen through and signed billions of dollars in federal money that is available to states like Michigan to fund a number of those priorities, like clean energy upgrades and home energy efficiencies. What are some of the possibilities for where the rest of this money can go as you enter a new session?

Rep. Joe Tate: So, as you mentioned as well, too, like, there are a myriad of opportunities for us. You know, when we talk about not only environmental priorities, but we talk about improving our workforce or reskilling our workforce as we move into these new technologies, as we turn to electrification, because we know that we will need a workforce to be there, and we know that these are good paying jobs. So, there are investments that can be made and people as we make those transitions that will benefit and create and continue to build out healthy communities. As I mentioned before as well, infrastructure upgrades--I mean, we have a real opportunity to look at all of our processes and how we are investing there and ensuring that the upgrades that we do have meet the needs of today and ensure that we are doing and upgrading our infrastructure systems to ensure that we have those healthy communities.

David Fair: I'm sitting alongside Lisa Wozniak from the Michigan League of Conservation Voters on WEMU's First Friday Focus on the Environment. And we are talking with the incoming Speaker of the Michigan House, Detroit Representative Joe Tate.

Lisa Wozniak: Water contamination continues to be a problem in Michigan. There are literally thousands of sites across the state contaminated with PFAS and a number of other pollutants. A few years ago, in fact, a uranium-contaminated site literally collapsed into the Detroit River. EGLE--the Department of Environment, Great Lakes and Energy--has a role to play in cleaning all these sites up. But, as we all know, they've only been able to get to so many on a very limited budget. What are your plans to address this contamination issue, which seems to be growing with each passing day?

Rep. Joe Tate: That's a great question. And, as we have seen with PFAS and other contaminates, we've seen Michigan be able to react better than other states with institutions instituting rules and trying to bring investment for PFAS and other contaminant remediation. I think even moving forward, for us, is we need to, you know, be able to work with industry as well. I think that what we see in the landscape, we need to ensure that, you know, we have good actors across the state of Michigan that are working together because we know that we've been investing in contaminated site clean up. But can we move further upstream to ensure that we don't get to these points where, you know, we have to react versus being proactive in ensuring that we have good actors who are handling these contaminated sites? And also expanding, I think, giving EGLE the investments that they need to make sure that there is oversight well as support.

David Fair: So, what we're talking about is a partnership of accountability. And, at one point, Representative Tate, Michigan had among the most stringent polluter pay laws in the country. Those laws were dismantled during the Engler administration. Are there plans to try and pass measures to hold accountable those who pollute and contaminate our air, land, and water?

David Fair: Representative Tate, I'd like to thank you so much for the time today. We really appreciate you sharing the information, and we'll look forward to the opportunity to talk with you again once the new legislative session gets underway.

David Fair: That is Detroit Representative Joe Tate, who, in January, will become the next Speaker of the Michigan House of Representatives as Democrats will control the Michigan Legislature for the first time in 40 years. And, Lisa Wozniak, I will look forward to all of our conversations in 2023.

Lisa Wozniak: I'll look forward to them as well. I'm very appreciative of both you and Representative Tate. Happy New Year.

David Fair: Lisa is executive director of the Michigan League of Conservation Voters and my co-host for our monthly conversation series, First Friday Focus on the Environment. For more information on today's conversation, visit our website at WEMU dot org. I'm David Fair, and this is your community NPR station, 89 one WEMU FM Ypsilanti. 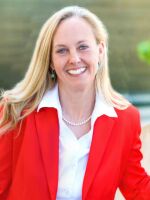