School Closing Information
WEMU News
Gay Marriage Trial in Detroit
The State of Michigan’s highly anticipated gay marriage trial began late February in Detroit, where a Federal judge will hear the pros and cons of raising children in same-sex families and rule on the definition of marriage in Michigan. Updates will be posted as they become available.

Bradley O'Conner is the President of the LGBT Jim Toy Community Center. He feels many in the community are disheartened by the court's decision, but he is hopeful the court will agree to hear one of the cases this year. Mary Larkin is the Program Coordinator for Eastern Michigan University's LGBT Resource Center. She expressed similar feelings, stating many people are waiting on the Supreme Court, not just personally, but professionally as well.

Larkin say she remains optimistic the court will hear the case soon. Friday is the next day the Supreme Court could make its announcement. 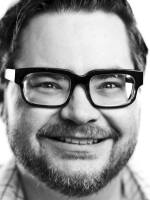