Founded in 2015, the Neighborhood Theatre Group in Ypsilanti considers itself "theatre from scratch," according to the group's artistic director, Kristin Anne Danko.  That means all of its performances are original works, ranging from plays to musicals to sketch comedies.  Its first show was performed at Ypsilanti's recently-renovated Back Office Studio.

The group's upcoming events include:

Opens Thursday, September 12th
Fun Home is based on the Alison Bechdel graphic novel memoir won 5 Tony Awards (including Best Musical) in 2016.  The story concerns Bechdel's discovery of her own sexuality, her relationship with her gay father, and her attempts to unlock the mysteries surrounding his life.

Late-night sketch comedy show written and performed by some of Michigan's most talented comedians.

Over the past two decades, Keb’ has cultivated a reputation as a modern master of American roots music through the understated excellence of his live and studio performances.

One of the finest exponents of swing tenor alive today. A master interpreter of standards

The A2 Jazz Fest mission is to showcase and promote jazz by presenting live performances of original compositions and jazz standards by Michigan-based artists.  All events are free and open to the public!

His laid-back style and affability seems to belie the concentration and focus that have made him successful both as a consummate musician and a household name for late-night TV viewers.

George Bedard: From the Windy City to New Orleans

The 7th concert in his popular series exploring the history of American roots music. Tonight they honor the musical heritage of New Orleans

Much-awaited new music from the son of Steve Earle 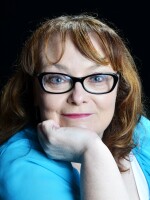