Michigan Congresswoman Debbie Dingell is calling for an Emergency Response Team from the US Environmental Protection Agency to take action in the Tribar toxic chemical spill into the Huron River.

Dingell says she recognizes that state officials are working diligently to track the spill of the carcinogenic hexavalent chromium that Tribar sent into the Huron River. But she feels state hands are tied by Michigan lawmakers who will not institute regulations making polluters more accountable.

And so, on Monday, she contacted the EPA, asking for their immediate federal involvement where they have statutory authority.

“I want to bring teeth to holding Tribar accountable, and I want teeth in making sure that the drinking water stays safe, that we’re tracing where this chemical is going, and that every resource that is available is used."

She says there are still unanswered questions she wants addressed, including Tribar’s involvement in a PFAS spill four years ago. 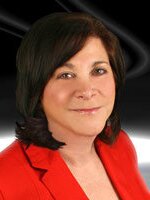