Juneteenth commemorates June 19th, 1865, when the last remaining African American slaves in the United States were finally freed at the end of the Civil War.

“The celebration came about because it was such a rejoicing moment where people found their family members, people were reunited, and people just celebrated the fact they weren’t in bondage anymore.”

Dr. Evans says it’s the oldest commemorated celebration of the end of slavery in the country, has been observed in some portions of the US since the end of the Civil War. 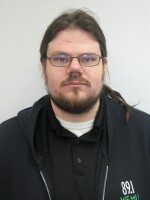