High winds and rainfall left thousands of people across Washtenaw County without electricity.

People who are still without power after the severe storms should expect lights to be on by the weekend.

Washtenaw County Emergency Operations Manager Benjamin Pinette says service providers have responded quickly and that the area did not suffer much damage. For the most part, he says that Washtenaw County has escaped much of the summer’s most severe weather.

“I think everybody knows we’ve had a pretty good amount of rainfall, especially earlier in the summer and over the spring, but really a lot of the severe weather has skirted around us either to the north or to the south.”

He also says that if people are without power, they should take extra precautions to stay cool and hydrated. Those who have any safety concerns related to storm damage should contact the Washtenaw County Emergency Services Division. 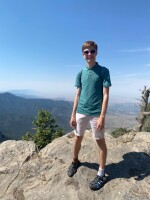